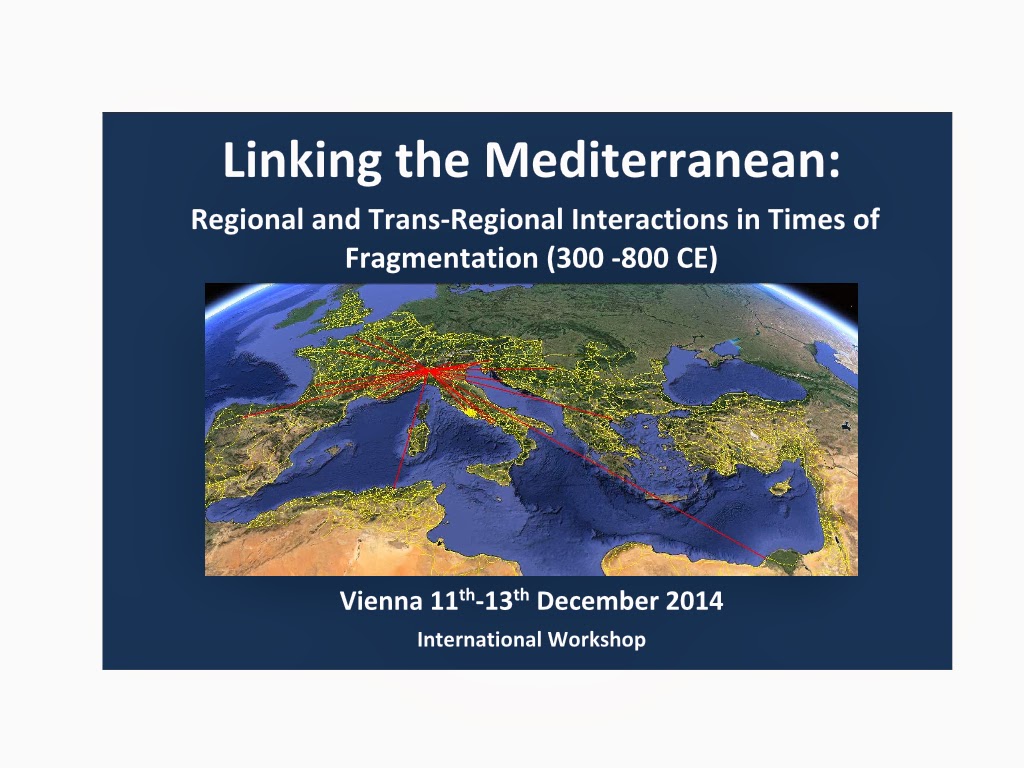 With apologies for any cross-posting:
We intend to host a workshop, on 11 to 13 December 2014, at Austrian Academy, Vienna. True to the nature of a workshop, the format will consist of a discussion of pre-circulated papers.
The political fragmentation of the Roman Empire also meant a reduction in the scope of economic, social and cultural relationships that had developed across different hierarchical levels and between distant places on Roman soil. New social and cultural relationships developed in the polities that followed the Roman Empire. Nonetheless, the survival of regional and interregional interactions assured certain homogeneity in political, cultural and social forms across post-Roman Europe. This phenomenon has been the topic of exciting academic debate in the last decade and different interpretations and methodological approaches have been proposed.
In this workshop, we intend to focus discussion especially on the issue of interactions beyond the local level between 300 and 800 CE in order to assess 1) to what extent these interactions were affected by the end of the Roman Empire as a political entity, and 2) how these connections contributed to lasting patterns that shaped the post-Roman world in social, cultural and political terms. We are interested in both Mediterranean-wide and smaller regional networks and would welcome papers that deal with all the regions of the (former) Roman Empire (including North Africa, Egypt, Syria, etc.) and its periphery (Ireland, Armenia, etc.).
The theme of this workshop has grown out of research undertaken through the ENFLAWE project (‘Episcopal Networks and Fragmentation in Late Antique Western Europe’). Funded by the EU-Marie Curie Actions and hosted at the Division for Byzantine Research (Institute for Medieval Research, Austrian Academy of Sciences-OEAW) this project analyses episcopal interactions in the late fourth and fifth century from a social network approach.
We would like to invite proposals from colleagues for papers on any of the following topics.

https://www.academia.edu/6127735/CfP_Linking_the_Mediterranean_Regional_and_Trans-Regional_Interactions_in_Times_of_Fragmentation_300_-800_CE_
Please feel free to distribute to those who might be interested.
With best wishes from Vienna,
David Natal
Posted by Unknown at 8:16 AM